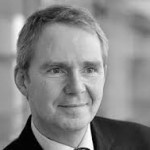 Sir Nigel Shadbolt is Principal and a Professorial Research Fellow in Computer Science at Jesus College, Oxford.  He was previously a Professor of Artificial Intelligence and Deputy Head in Research of the School of Electronics and Computer Science at the University of Southampton. He was a Founding Director of the Web Science Research Initiative, a joint endeavour between the University of Southampton and MIT, and is a Director and Trustee of the Web Science Trust.  He is also a Director of the World Wide Web Foundation.

Sir Nigel has been given a special role to help transform public access to Government information and works closely with Sir Tim Berners-Lee to open up public access to non-personal public data. Including overseeing the creation of a single online point of access for public UK datasets. He is the chairman of the Open Data Insititute.

In its 50th Anniversary year 2006-07, Sir Nigel was President of the British Computer Society.  He is a Fellow of both the Royal Academy of Engineering and the British Computer Society. Between 2000-07, he was the Director of the £7.5m EPSRC Interdisciplinary Research Collaboration in Advanced Knowledge Technologies (AKT).   AKT was particularly influential in establishing the viability and value of web-based semantic technologies.  In 2009 he was awarded a further £2m by the EPSRC to build on this work.

He has been involved in a wide range of entrepreneurial activities. In 2006 he was one of three founding Directors of Garlik Ltd, a company specialising in consumer products and services to put people and their families in control of their own digital information. He is currently Garlik’s Chief Scientific Officer. In 2008 Garlik was awarded Technology Pioneer status by the Davos World Economic Forum and won the prestigious UK national BT Flagship IT Award.

He is the co-author of “The Spy in the Coffee Machine” and has an interest in issues to do with privacy and trust in the Digital Age.  He is a series consultant to the BBC’s landmark documentary series The Digital Revolution.

I am very honored and feel that this is a recognition of years of teamwork with wonderful colleagues [...]

On 27th February, WSI Director with responsibility for policy, Kieron O’Hara, gave a keynote at the [...]

The vision of an open Internet is characteristic of Silicon Valley's tech pioneers. The free an [...]

A group of CDT students took up the opportunity to participate in the 2020 Web Science for Developme [...]

I am very honored and feel that this is a recognition of years of teamwork with wonderful colleagues [...]