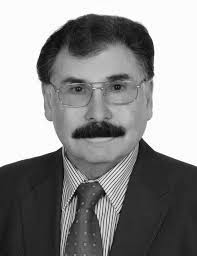 He has published numerous articles and books in the areas of Mathematical Logic, Computer Science and Science Policy and is a frequent invited speaker at major international conferences.  He is a foreign member of the Russian Academy of Natural Sciences and an honorary member of the Romanian Academy of Science.

He has received the Medal of Honor of the Bulgarian Academy of Science, the Polish Information Society Recognition Award, for his efforts to build co-operation between IT researchers in the EU, the Nokia Award and the Telecom Europe Prize for his contribution to the development and effective dissemination of new information and communication technologies in Europe.

He is an active contributor to the promotion of co-operation between the European Union and other regions. He has instigated and /or contributed to the establishment of major research agreements between the EU and the USA (including the launch of the World Wide Web Consortium, W3C in1993).

He is President of the Digital Enlightenment Forum (www.digitalenlightenment.org/).In addition to DEF’s Trust in the Digital world issues, his current interests and activities include Web Science, European R&D policy and programs and international cooperation. He helped to establish the University of Thessaloniki Web Science MSc program in 2010.

Group Project On the first day of the summer school, attendees were split into groups and each given

In the social sciences, I use statistical techniques to uncover data trails of human behaviour. I lo

On 10 June, the WSI, in partnership with the Work Futures Research Centre hosted a virtual Distingui

With the future of the nature and form of work being particularly uncertain at the present time, the

On 27th February, WSI Director with responsibility for policy, Kieron O’Hara, gave a keynote at the

If this is your first American Geophysical Union (AGU) conference, be ready! Below are a few pointer

In 2018, AGU celebrated its centennial year. TWC had a good showing at this AGU, with 8 members atte

Web Science, more so than many other disciplines of Computer Science, has a special focus on its hum

CNetS students, postdocs, and faculty members will be presenting 12 papers, 7 posters, and a tutoria

The mission of Shaastra AI Challenge is to create solutions and initiatives in AI, that will contrib