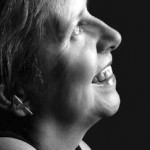 Dame Wendy Hall, DBE, FRS, FREng, is Regius Professor of Computer Science at the University of Southampton and is a Director of the Web Science Institute. She was Head of the School of Electronics and Computer Science (ECS) from 2002 to 2007 and was Dean of the Faculty of Physical Sciences and Engineering from 2010 to 2014.

One of the first computer scientists to undertake serious research in multimedia and hypermedia, she has been at its forefront ever since. The influence of her work has been significant in many areas including digital libraries, the development of the Semantic Web, and the emerging research discipline of Web Science.

In addition to playing a prominent role in the development of her subject, she also helps shape science and engineering policy and education. Through her leadership roles on national and international bodies, she has shattered many glass ceilings, readily deploying her position on numerous national and international bodies to promote the role of women in SET, and acting as an important role model for others.

In 2017 she was invited to co-chair the UK Government’s AI review, which was published in October 2017 and has recently been announced by the UK Government as the first Skills Champion for AI in the UK.

She became a Dame Commander of the British Empire in the 2009 UK New Year’s Honours list and was elected a Fellow of the Royal Society in the same year.  She was also the recipient of the 2009 Duncan Davies Medal which was awarded by the Research and Development Society.

She was elected President of the Association for Computing Machinery (ACM) in July 2008 and was the first person from outside North America to hold this position.

She was named by Computer Weekly as the most influential woman in IT in the UK (2014).

Jointly accredited by the WSI and the IFoA, this new standalone credential, launches in the first qu [...]

The CDT hosts its annual writing retreat at Cumberland Lodge, near Windsor
4 February 2020

The residential event was attended by nine final year PhD students who were embarking on writing up [...]

The National Science Foundation has awarded a $1.9 million grant through the new AccelNet program to [...]